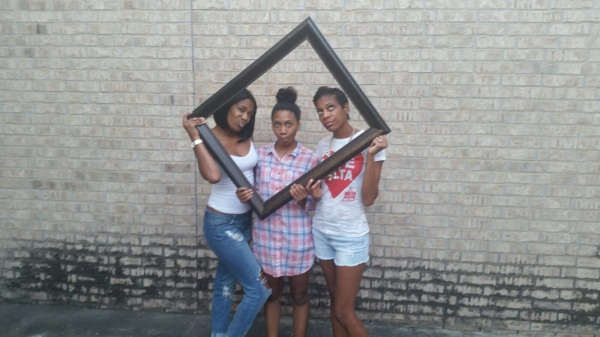 After reading the blog of one of my nearest and dearest friends, I freaked out because I did not have a purpose for my own blog.  Upon further thought, I uncovered that probably have too many purposes.  I originally wanted a blog to post directions for all of the great Pinterest photos and projects I have actually completed.  However, I quickly realized that I wanted more than just a glorified Pinterest page.

I am addicted to social media.  Let’s get the facts straight, I have little concern with the lives of celebrities – no really, less than zero.  The only time I look up the specifics of any headline is to understand the memes on social media.  I am interested instead in “real” people.  What are regular people doing?  How are they surviving this chaos we call life?  I am obsessed with reality television, even if the facts have been somewhat skewed and ignoring that most producers choose the biggest personalities for ratings.  I want to see what people are doing – not a script where people memorize lines of a predetermined story.  Instead, I want to gauge authentic reactions in a variety of scenarios.

Following that train of thought, I am quite sure the topic has been over-discussed, but I wanted to create a blog that shows that regular, real people are extraordinary even in their imperfections.  As a society, we try to remind children and even adults not to dwell on what you see on someone else’s page.  We explain that what people post is only a small part of a much bigger picture behind the scenes that may not be as pretty as the picture that they paint for the public so I created this page for a little transparency. I want every individual to know that the uniqueness of the live you live day to day is extraordinary.

My day today was as usual a list of things, half of which will remain unfinished simply because I did not feel like doing whatever task it was.  I decided that some things could wait until tomorrow when I do not have work.  For example, I still have not called my former employer for health insurance details, not because I have not had the time.  It was not something I felt excited to do so I just did not it.  I also have not called anyone concerning daycare for my baby girl, which is also currently pressing in that school starts a week from Monday and she has nowhere to go.  I have however, spent HOURS scouring Pinterest and the Internet for tiger themed ideas for my classroom and ways that I can create this theme for little to no money seeing that I have about $10 left to spend until payday Friday.

I did actually vacuum my bedroom as a weekly task, and I have washed the counters, swept the floors, taken out the trash and washed the kitchen sink every day as my Pinterest “how to keep a clean house” checklist recommended. Vacuuming one room, however, is the ONLY weekly task I have completed – no tubs, no vacuuming other rooms, no dusting, no weekly bed linen changes and no mopping. (*Sighs*)

I always think to myself, how do these mothers so it?  Perfectly clean houses, reading to the kids every night, teaching the kids numbers, and letters, and math, and sight words. They play outside and plan all of these fun learning games. They go on these amazing vacations and cook every night and decorate, all while looking absolutely flawless. They wake up at 4am to run and go to bed at a reasonable hour to make sure they get enough rest to do it all again the next day.

Wanna know what I discovered?  They don’t. Most people are just like me. They are really good at some things, and they stick to those things while treading water in other areas. Their lives are not nearly as perfect as you think they are, nor are these people even really “pretending” as some assert.

As such I shall close with three simple statements.

1. No one’s life is picture perfect.

2. We do not have to spend our lives perfecting what we see as glaring personality flaws so that we can compete with others.  As Theodore Roosevelt so eloquently pointed out, comparison is the thief of joy. (Source)

3. Everyone has something spectacular about them that comes naturally. Focus on that.

Leave your email so that I can send inspiration straight to your inbox.

6 thoughts on “Picture Perfect – Comparison is the Thief of Joy”